PrivateVPN is a thriving VPN service based in Sweden. This Nordic country has a very liberal law that allows PrivatKommunikation AB not to collect any logs that refer to its users or facilitate their identification in any way. So how do you use PrivateVPN and what download speeds can you count on to have a complete picture of the functionality of this service?

On the website of a Swedish company, we can read that all connections to VPN are meticulously secured by means of a hybrid 2048-bit RSA key encryption together with SSL encryption, realised by means of AES-256 technology. This is the highest level of cryptographic encryption available on the market today, and its strength and prestige are proven by the fact that it’s even used by… army.

An additional layer of security is IPv6 LeakProtection, which prevents your real IP address from leaking through DNS queries. The VPN connection is made by using OpenVPN, PPTP, L2TP, IKEv2 And IPSec protocols, allowing maximum compatibility with your device. If, for some unforeseen reason, your VPN connection is interrupted, the killswitch function will prevent further network traffic that could reveal your real IP address packet data. In addition, if for some reason you don’t trust the default PrivateVPN application, you can always connect to the network via the open sourceOpenVPN programme.

By subscribing to a VPN, you can connect to servers in more than 60 countries around the world, It will allow you to freely bypass geolocation of services and use regionally blocked content without restrictions. As part of the subscription, you can use unlimited data and speed – up to 6 devices simultaneously.

What can you use PrivateVPN for?

Contrary to appearances, a VPN can be useful for avid online gaming fans. If you use the so-called residential Internet, you’re very often automatically assigned the same static IP address as all other users of the network. As a result of this practice, the administrative systems of the game servers detect all connected computers as one and don’t allow any more. It’s then necessary to change the IP address to some other. Theoretically, we can connect to the network by tethering mobile data from the phone, but this solution is inconvenient and generates large lags. However, if instead of a mobile wi-fi hotspot from your smartphone – you connect to the Internet via a high-end VPN, you will get a completely new IP address.

The times when VPN tunnelling caused a giant increase in pinging are slowly coming to an end, especially if you choose a Polish server – as a starting point for data packets. The best VPN service providers can boast a ping increase of just a few milliseconds. Such a result still allows you to enjoy comfortable gameplay in online games – like League of Legends or Call of Duty Warzone, even on a competent level.

Ok, but how much does this PrivateVPN cost?

If you decide on a monthly plan, you will pay USD 7.67 (about PLN 32) for it. As expected, a 3-month plan is much more beneficial for our wallet, for which we will pay USD 4.88/month (less than PLN 21). The most profitable version of the VPN subscription is the 13-month commitment, which translates into only USD 3.82 (about PLN 16 per month). Additionally, a trial version of the PrivateVPN service, along with a 30-day money-back guarantee, is certainly a tempting proposition. The trial period allows you to thoroughly test the service and determine whether this offer meets your expectations and ideas.

Can I watch Netflix with PrivateVPN without any problems?

A properly configured VPN connection allows you to unlock any regionally blocked options on Netflix. It’s worth praising PrivateVPN for the fact that on its website you will find a comprehensive guide that will let you enjoy previously unavailable content. Take a look here.

By choosing one of the above servers, we will be able to watch films and series from other regions of the world without any problems. In addition, it will allow us to choose virtually any dubbing language and subtitles dedicated to the vision.

What download speeds will we achieve when using PrivateVPN?

In order to accurately determine the bandwidth of our test link, we used the known speedtest.net website, and the results of the Internet parameters were as follows: 153 Mbps download speed, 155 Mbps upload speed and 1 millisecond ping.

Selecting the Polish server allowed us to obtain download speeds of almost 150 Mbps, upload speed of 151 Mbps and ping of only 10 ms. The above parameters (will) function in our blissful unawareness that we have turned on VPN at all. The decrease in speed won’t also be felt in online games.

Then it was the turn of the United States. After selecting a server located in the USA, the speeds we achieved were 113 Mbps for download and 125 Mbps for upload, respectively, with a delay of 198 milliseconds. These are very good results that allow us to enjoy content with resolutions as high as 4k.

Satisfied with the results so far, we decided to test the UK and Germany. After connecting to the London server, the download speed was 128Mbps and 133Mbps for data uploads, with a 40 millisecond ping.

The German connection offered even higher speeds. We were able to reach a maximum of 136Mbpsdownload and 139Mbps upload. The data packets were delayed by less than 40 ms.

The results of the tests were very satisfactory for us and regardless of the server chosen, they allowed us to enjoy a fast and smooth Internet connection. The connection was stable, and the VPN tunnel itself was established in a few to a dozen or so seconds.

PrivateVPN servers support the use of torrent protocol. Files download quickly and the connection is very stable. During our tests not once did it happen that the VPN tunnel was broken by itself. We also didn’t notice any speed drops, even during longer torrent download sessions.

Connecting to the Internet with PrivateVPN

The Windows PrivateVPN application is easy to use and runs smoothly on most devices. All the necessary functions are easily accessible, and the extensive technical settings tab allows the VPN tunnel parameters to be precisely adjusted to individual needs by the most demanding users. Servers are selected from a drop-down list. Specialist streaming servers such as YouTube, Amazon Prime, Disney+ or Netflix are particularly praised. Amazing!

PrivateVPN did very well in our test. It achieved high download and upload speeds and low pings, and the connection itself was stable because it wasn’t broken even once. The user-friendly PrivateVPN application allows even slightly less technically skilled people to benefit from the many advantages of VPN technology, such as blocking advertisements or dealing with the nightmare of network geolocation. In addition, before buying a subscription, we have a 30-day trial period, along with a money-back guarantee – in case of dissatisfaction, which lets everyone thoroughly test PrivateVPN. 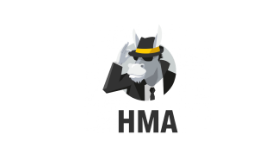 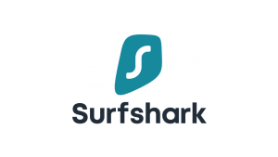 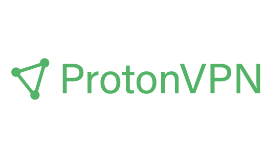 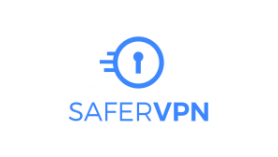